Главная / "Екатеринбургские останки" / Nicholas II. From the false abdication to the false remains

Nicholas II. From the false abdication to the false remains 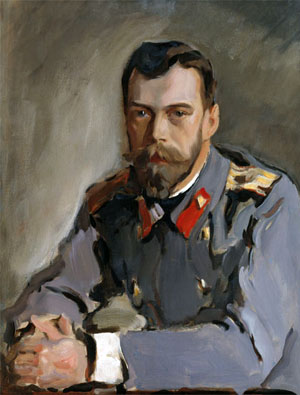 The 11th of September, 2015, the chief of government staff S.Prihodko named the 18th of October that year the date of the burial ceremony of tsar Aleksey and Grand Duchess Maria, found in Porosyonkov log near Ekaterinburg during additional searches for the remains of the royal martyrs. Yet on the 9th of July, 2015, Prime minister D.A.Medvedev gave an order to create a government group for the reburial of the remains in Peter and Paul’s Cathedral in Saint Petersburg. But the rector of Peter and Paul’s cathedral, archimandrite Alexander (Fyodorov) rightly refutes the authenticity of the remains:

My experience as a clergy man shows that orthodox people have a strong intuition and feel falseness fine. Reverence for Royal family has really been increasing lately, and if we speak about topographic expression of this reverence, then the main place is of course Ganina Yama under Ekaterinburg and Royal passion cathedral, built on the site of Ignatievsky home. Neither Porosyonkov log, where the remains were found in 19th, nor Catherine chapel of Peter and Paul Cathedral are not such objects. I think, that the flow of people to the authentic relics would not stop. Not the flow of tourists and curious foreigners, some exalted person, but ordinary orthodox people. We see dozens of such examples- with Seraphim of Sarov, blessed Xenia, when the rumor goes around the world and people go constantly.

In Catherine chapel of Peter and Paul’s cathedral, where are buried the imaginary remains of Nicholas II and royal family, executed on the 17th of July, 1918, on the eve of the Jewish day of mourning ‘Tisha B’Av’, when in Jewish traditions people eat an egg, sprinkled with the ashes of the burning of the sacrificial blood, there are always no pilgrims, which confirms the words of Archimandrite Alexander (Fyodorov), that people can’t be deceived. In 1919, investigators I.Sergeev and N.Sololov found evidence, that it was in Ganina Yama that the destruction of bodies Royal Martyrs took place, which is proved by testaments of local farmers, who became the unwitting observers of the Bolsheviks hiding the crime facts. The remains of fires, blown-up abandoned mines, many canisters with gasoline and acid, even numerous eggshell- all testified to the events in 1918. So why didn’t the group of G.Ryabov and A.Avdonin carry out the excavation in Ganina Yama, but hurried to do it in Porosyonkov log? In 1976-1979 G.Ryabov worked as an Advisor to Minister of Internal Affairs of the USSR of N.A.Shelokov, a friend of L.I.Brezhnev, and according to the memoirs of G.Ryabov, in 1978 M.A.Shelokov invited him for a conversation and made an unexpected suggestion to start the search for the remains of the Royal Martyrs. Rather a strange suggestion, coming out of the mouth of a mason and powerful chief, but only at first sight. in the mid 70s the ROCA began preparation for the glorification among the saints of Nicholas II and the royal family, which were shot and slaughtered with bayonets in the house of the engineer N.N.Ipatyev in Ekaterinburg. The Political Bureau of the CPSU Central Committee, as true heirs of Y.Sverdlov and Y.Yurovsky, according to the note of Y.V.Andropov, decided to demolish the house of Ipatyev, which was carried out by B.N.Yelcin in 1977. Today majestic temple on Blood is built on this site.

Now then the Political Bureau of the CPSU set the task to obliterate all reminders of the Ekaterinburg crime of 1918, when after the demolition of Ipatyev’s house it was necessary to find false remains of the total martyrs and the heirs of regicide cooked up next , after a false document of abdication , the fake that the notes of Y.Yurovsky with an indication of the burial place in Porosyonkov log. The memories of Chairman of the Sverdlovsk Council P.Bishova and even the poems of V.Mayakovsky were attached to the note. In 1978 the work of the writer and investigator G.Ryabov, and also the Doctor of Geological and Mineralogical Sciences of A.Avdonin were a great success, which was natural, because this process was managed by Political Bureau of the CPSU Central Committee, where obviously was the intimation of the disposal of certain people shot by security officers, which was confirmed by bullets of TT and the coin of the 30s. But the falsification didn’t get continuation, probably the Home Ministry and in KGGB considered the results too strained and chose to leave the topic to better times.

And this time arrived in 1991, when the USSR collapsed by Masonic hit, when orgy of betrayal and plunder of national wealth started in Russia , it was time to begin new falsification. In 1993 the commission was created and the false remains were transferred for genetic examination in RAS, Boston (USA) and Insburg (Austria). The blood for examination was taken from Phillip, Duke of Edinburgh, and also after the exhumation of Grand Duke George Alexandrovich in Abbas-Tuman, investigators tried to take the bones’ remains, but couldn’t do it, because surprisingly all the bones had turned into jelly. In 1998 under the direction of B.Nemcov the burial ceremony of the false royal remains was held in Catherine chapel of Peter and Paul Cathedral. During the proclamation of names of the dead at the funeral it was said:’Our Lord knows their names by himself’, because Russian Orthodox Church do not identify the remains buried in Saint-Petersburg with Nicholas II and all the royal family. it is very important to note, that His Holiness Patriarch Alexy II at the cost of enormous effort, overcoming resistance, both from civil government and opinions of some bishops, managed to achieve in the face of the glorification of the Holy Royal Martyrs. From the beginning of falsification of the Ekaterinburg remains, Church was invited to participate in the research, but its voice wasn’t heard. Wherein the main helpers research were favored by lordship, A.Avdonin gave lecturers in the USA, Italy, Germany and other countries of the world, G.Ryabov published his own memories of the search and retrieval of the remains.

A different opinion of the authenticity of the remains in Ekaterinburg is held by the professor of Russian Academy of Sciences V.Viner, the professors of genetics T.Nogan and A.Night, for whom the veneration of the Emperor Nicholas II became the meaning of life. And today it’s becoming obvious, that the heirs of regicide are trying hard to conceal the crime of their ancestors: Ipatyev’s house is being destroyed, the searches for remains are being falsified, false documents about abdication are being proclaimed authentic, and as evidence of the authenticity of the documents, the notes of the criminals are used, who took part in suspension of Nicholas II from the throne. How can we believe those, who organized a coop, and then tried to justify themselves in their own false memories? How can we believe G.Ryabov and A.Avdonin, who took part in falsification of the remains on the direct orders of the Political Bureau of the CPSU Central Committee, when with the same falsifications in 1978 the new articles are getting out in the USA? Astoundingly, but masons in the USA and Austria stand on the side of the regicides, falsifying the genetic examination, indirectly confirming their own participation in the ritual , sacrificial murder of the Nicholas II and all the royal family in Ipatyev’s house, which is the clearest evidence of the global conspiracy against the Russian Tsar.

But our nation can’t be fooled, frightened, forced to renounce Nicholas II, and every year the number of the people who respect the last Russian Tsar continues to increase, and as evidence there are processions on the day of the martyrdom of the Royal Martyrs, pilgrims visiting the monastery in Ganina Yama and the church of Our Saviour on Spilled Blood In Ekaterinburg. In 2000 in Ganina Yama on the site of the detonated mines, where they were buried under a thick layer of earth the remains of Nicholas II and his family, Monastery of the Royal Passion was created. And from the beginning, those, who wanted to forget the memory of Nicholas II, destroy the monastery building: in 2002, in 2006, in 2007, in 2008, in 2010 and in 2012 the fires have been destroying the shrines of the Russian memory. Falsification of the abdication of Nicholas II, falsification of the remains, demolition of Ipattev’s house, arsons of the monasteries- all these events are the evidence, that government and its foreign curators are still trying to hide the footprints of their crime, to turn the Russian history in different direction, forever highlighting the traditions of the Orthodox faith and Russian monarchism. But, in spite of all power and persistence, with what these actions are being carried out, Russia stood and will stand, based on the Russian courage, on the blood of the martyrs for the faith and Fatherland, is still inspiring and today the Russian people to the safety of their Home.

And all the forgers of the Russian history, trying today to defame the memory of the Nicholas II and all his family, must know, that they are not opposing the Russian nation, even Russia, but the historic choice of holy Russia, which forever became patroness of Orthodoxy- apostolic succession of great faith, created on the cross of the crucified Son of God, who shed His blood for all of us, and the Russian nation bear the cross of the Lord as their own range of service Mountain Jerusalem. And this choice can’t be changed and canceled to external forces, because it’s the choice of the Russian nation, which is the only one that can do otherwise, but will never do. That’s why no attempt to falsify Russian history will ever succeed, but will only create opposition among our nation, which is becoming stronger every year, increasing in the reverence of the Royal martyrs- the symbol of standing for the faith and the Fatherland to the last breath. Let all the forgers remember about it, remember the death of Scerdlov- Yurovsky- Shelokov- Andropov- Elcin- Nemcov, who tried to change the Russian history, the choice of Holy Russia. 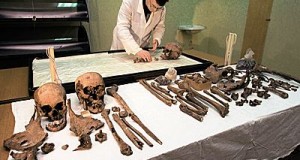 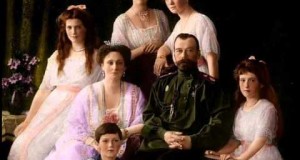